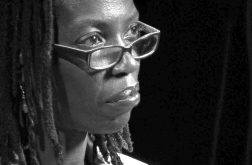 Finally, someone has called it like it is. On Sept. 12, the highest-ranking law enforcement officials, having studied the Portland Auditor’s “Independent” Police Review Board (IPR) for more than a year, has labeled this sham of police oversight a ‘self-defeating accountability system.’

Thomas Perez, the assistant attorney general for the Civil Rights Division of the United States Department of Justice (DOJ) gave notice to the city of Portland that they had found widespread patterns and practices of unconstitutional behavior.

Read their 42-page report. I’ve been calling for police accountability for more than a decade, and the civil rights abuses they describe are worse than even I imagined. The DOJ had access to police records you and I will never see. Their documentation of violent behavior is deeply disturbing.

However, the DOJ’s dissection of a complete lack of accountability gives me hope.

In a private meeting with the Albina Ministerial Alliance Coalition for Justice and Police reform (AMA), Perez spoke passionately about the need for public involvement. Perez expects the city to consent to numerous decrees to give Portlanders the constitutional protections we deserve. “We will be leaving town,” he said, indicating it would be up to citizens to see that reforms are implemented.

In a moment of great sincerity, Perez said that he wanted a “robust and sustainable” solution.

I think he’s come to the right place. While you are reading this, community activists are scrambling to draft legislative language for remedies that a federal judge can rule on. This is a tough task for laymen, but all sorts of organizations have been proposing changes to policy for many years.

Former Mayor Vera Katz cobbled together the IPR in 2001, amid calls for independent oversight to rein in police misconduct. I believe that city apparatus was designed to fail. If it wasn’t designed to fail, it was tinkered with until it was too complex to work.

The AMA, affinity groups from law and mental health fields, professors, independent consultants, all kinds of committed people have weighed in — for years at a time — to propose remedies to a City Council that has been unwilling to improve training, institute important employee review processes, negotiate an effective contract with the police union, or even demote “million-dollar cops” who require so much to defend and cost us so much when the city compensates their victims. Portland City Council has never successfully fired a police officer for use-of-force violations.

The result of our long-term engagement? A large segment of Portland’s social justice advocates long ago realized the systemic deficiencies we face. I expect many remedies we’ve been proposing over the years will be included in the consent decree. The result is that people outside of City Hall have been on a learning curve. Not only do we know what reforms are necessary, but also we are acutely aware that we have an historic opportunity to respond creatively with all we have learned. It is now time to replace the convoluted IPR with a civilian compliance and reform authority. No longer should the auditor’s office simply review and sign off on exonerations police investigations provide for themselves. Leave them to counting things.

Having done such a thorough analysis of the city’s failure to hold police accountable, we are ready to roll out the kind of sustainable reform Perez envisions. We are proposing a truly independent, civilian-led authority that will have investigative muscle: subpoena powers and a prosecutor who does not work among the cops they seek to bring to justice.

Perez will receive from the AMA, the American Civil Liberties Union, the National Lawyer’s Guild and other signatories, a two-pronged solution. We need a reformed IPR to continue, and expect it to actually address the police killing of Keaton Otis in a meaningful way. But while this goes on, and while a civilian authority helps insure the City of Portland lives up to its agreement to reform, we expect academics, retired police, mental health organizations, the communities of faith and others to identify best practices in policing. I expect the people of Portland to design a truly effective means of ensuring that police practices not only follow the rule of law, but also actually improve their ability to carry out a vital mission in the public’s best interest. I expect Portland voters to approve an ongoing civilian oversight authority in the 2014 Charter Review process.

Those of you who read Street Roots are likely to be aware of the tremendous cost our most vulnerable populations have been paying when encountering police violence. You must be aware of the systematic injustice the federal government has just documented. I call upon all you caring folks — community advocates, soccer moms, professors, churchgoers, all you well-meaning readers — reach out to your United States senators. Use the DOJ’s e-mail address, community.portland@usdoj.org. Let them know that you think Portland has the talent and the resources to create a civilian authority that will see that our constitutional protections are no longer subservient to an ineffective City Council of five, with one of them posing as a police commissioner.

Former state Rep. Jo Ann Hardesty serves on the steering committee of the Albina Ministerial Alliance Coalition for Justice and Police Reform and is the former co-chair of the city of Portland Racial Profiling Committee. She is also a principal with Hardesty Consulting Services.