The future of the Portland Police Bureau: Chief Mike Reese

Recently, Portland police officers responded to a call regarding a distraught man who told onlookers near the RiverPlace Marina he was going to commit suicide. He took some pills and jumped into the Willamette River from the dock. The man then swam away from a Good Samaritan and began to drown. He was eventually pulled from the water semi-conscious by a sheriff’s office boat and transported to a local hospital. Sadly, this same man was previously assisted by Portland police officers not even a month ago, when he overdosed on pills and was threatening suicide by jumping off of a downtown parking structure. This is just one example of people in mental health crisis who officers come in contact with not just once, but multiple times. In fact, we estimate that out of the 400,000 contacts, 20 to 25 percent involve people in some form of mental health crisis. END_OF_DOCUMENT_TOKEN_TO_BE_REPLACED

People will be talking about it: the police, the charter commission and the work to be done 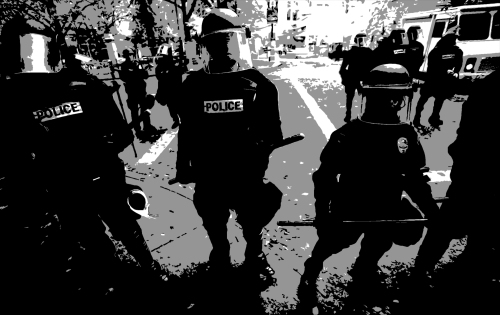 A common pattern often emerges after a citizen dies at the hands of police. There is public rage. The city promises reform, and then the rage simmers off until the next incident. Less noticeable, however, is the constant work of people dedicated to bringing reform to the Portland Police Bureau, notably Jo Ann Hardesty (formerly Jo Ann Bowman).

Originally from Baltimore, Hardesty has been an Oregon state legislator, the head of the civil rights organization Oregon Action and one of Portland’s most vital and outspoken critics of the Portland police.

Two years ago, Hardesty was part of a coalition that helped pass a city ordinance aimed at strengthening oversight of the police by expanding the Independent Police Review (IPR) division’s powers to investigate police and giving it more of a role in how officers are disciplined. The ordinance was passed in response to a string of incidents where Portlanders were killed in standoffs with the police. But despite the efforts of the city, the bureau now finds itself the subject of a civil rights investigation by the U.S. Justice Department.

Recently, Hardesty served as a member of the city’s charter commission, a group of citizens selected by City Council and charged with making changes to what is basically Portland’s constitution. Although City Council intended the commission to refer “house-keeping” amendments to voters for final approval, Hardesty used the occasion to propose two measures related to how police can control crowds.

That opportunity was dashed when the commission adjourned Feb. 27, amid controversy and acrimony, with no signficiant policy proposals recommended for a public vote. Still, Hardesty hopes that the proposals, which were inspired by people involved in the Occupy Portland movement, will spark a broader discussion on police accountability while voters are also getting ready to select their next mayor.

Jake Thomas: Regarding the charter commission, you proposed two amendments that would bar police from using animals or chemicals to control crowds. Why should this be in the charter?

Jo Ann Hardesty: It actually shouldn’t be in the charter. We should have a police chief that would just implement it, or we should have a police commissioner who would say make it so because it’s good public policy. But since we have neither of those, the charter is the only option to the public right now. It’s not the whole police accountability package, but it certainly starts us on the process, and what I love is the opportunity to talk about it during the election season. Really, what does police accountability look like? I’d say that there are certainly other things that should be included with police accountability, but these two things are the most visible today right now and mostly on peoples’ minds because of Occupy and because of some of the most recent encounters with police. If it’s on the ballot, people will be talking about it, and we can create real community dialogue about what real police accountability looks like, and it forces people on the ballot to have this conversation.

I think the charter commission was set up for failure, quite frankly, because the mayor and the City Council didn’t want us doing policy issues. They gave us inadequate staff they gave us inadequate resources. They really tried to tie our hands. They didn’t expect in the short period of time that I would be able to come up with a couple proposals that would make it to the ballot. END_OF_DOCUMENT_TOKEN_TO_BE_REPLACED

New commission has the daunting task of protecting and advocating for the human rights of all Portlanders. (By Amanda Waldroupe, Contributing Writer)

Del Monte. James Chasse. Accusations of racism during the Cesar Chavez debate. A homeless protest in front of City Hall. “No Section 8.” What’s missing from the list?
A place where individuals can bring their grievances and charges of discrimination, bigotry, hate crimes and injustice to find redress.

That changed on Nov. 5, when the Human Rights Commission, charged with advocating for the human rights of Portland’s citizens, held its first meeting since being reassembled by Portland’s City Council in January.

“You folks have an important job in front of you,” Mayor Tom Potter said at the beginning of the meeting. 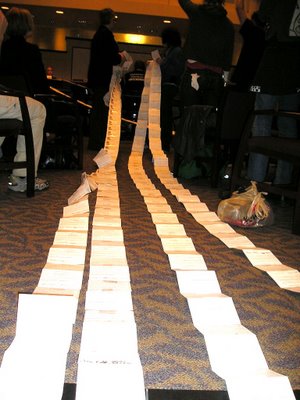