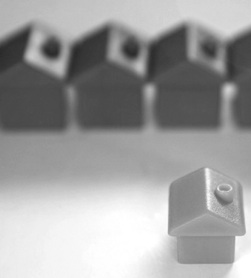 As a long time advocate for affordable homes here in Portland I was very happy to discover that the city has exceeded its ‘TIF Set Aside” spending on affordable housing in urban renewal districts over the past five years. I am involved in a review panel that’s looking at the past five years’ performance and then making recommendations for the next five years.  It’s heartening to see that the city has made good, at least in large part, on this critical commitment.

Without getting too “wonky,” here’s some background. TIF stands for Tax Increment Financing, the primary source of funding for development in urban renewal areas.  In 2006 the City of Portland adopted the “TIF Set Aside” that mandated that 30% of all TIF funds in urban renewal districts be spent on affordable housing. Further, the City defined a set of income guidelines to make sure that the money was spent to meet our city’s greatest housing needs. Lastly, the city mandated that the 30% goal applied to each district, and not as a city wide goal (an important distinction  — more on that below). END_OF_DOCUMENT_TOKEN_TO_BE_REPLACED

The new bureau will replace the Bureau of Housing and Community Development (BHDC), the city agency responsible for economic opportunities, ending homelessness and economic development.

The new bureau will solely focus on Portland’s affordable housing stock and ending homelessness, including incorporating the housing development and finance functions currently at the Portland Development Commission (PDC).

“It’s a complimentary set of changes,” says Kate Allen with Nick Fish’s office. “The notion that we can create a new bureau with a clear focus on housing will give both the new housing bureau and the PDC much clearer direction.”

END_OF_DOCUMENT_TOKEN_TO_BE_REPLACED

Portland’s 30 percent set aside of funds for housing boasts some success, some problems and some trouble ahead 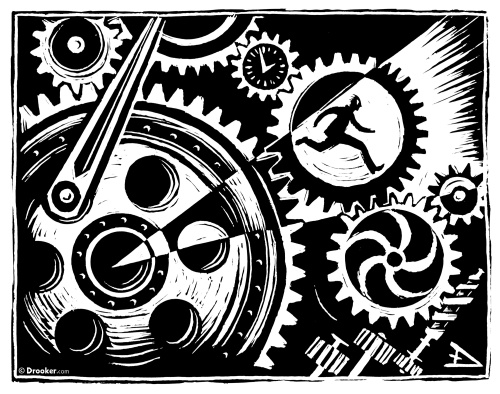 “Homeless Giant” by Eric Drooker. His graphics have appeared on countless posters, books and CD covers and his paintings are often seen on covers of the New Yorker Magazine. He makes his work available to social-justice nonprofit organizations at no cost.

From the Dec. 12 special affordable housing edition, “In need of a new deal.”

In October of 2006, the Portland City Council unanimously approved an ordinance that created what is known as the 30 percent Urban Renewal Tax Increment Set Aside. The new ordinance mandated that the Portland Development Commission (PDC) redirect 30 percent of all money projected in nine Urban Renewal Areas through a complex bond system to be spent on affordable housing serving people earning below 80 percent median family income over the next five years.

The move by the city was seen as an historic victory for housing advocates who for decades had struggled to correct years of urban renewal-fueled gentrification and displacement that continues to radically change Portland’s demographics, specifically those with little to no income and minority communities.

For years, advocates and loosely built coalitions had worked to create city-sponsored programs to balance affordable housing against higher end development. Despite the creation of unit goals for specific urban renewal areas, the city struggled to create the affordable housing needed due to lack of available funds after competing public priorities for urban renewal dollars — such as transportation, business recruitment and store front improvement — consumed renewal funds.

In response to the lack of units being built, organizers began to explore a California policy in 2002 that mandated set percentages of urban renewal funds to be dedicated to affordable housing. The set aside strategy was chosen because of its proven track record in California and regardless of competing priorities; unmet housing would finally have a dedicated funding stream.

Four years later, that strategy became a reality when the ordinance passed. Today, a little more than two and half years into program’s 5-year projected goals, the city and the PDC find itself struggling to stay above water in a shrinking economy and swimming to find a formula that works for affordable housing in a sea of bureaucracy.

On Tuesday, Dec. 9, the PDC released a two-year status report on the progress being made in the nine urban renewal areas. Updated revenue forecasts for 2009-10 and beyond will be presented to the public later in the month or in January.

Street Roots obtained a draft report of the 5-year projected goals produced by the Portland Development Commission from September of this year. Representatives from Nick Fish’s office, Portland’s Housing Commissioner, chose not to talk about the 5-year projected goals outlined in the draft or the specifics about the nine URAs – choosing rather to wait until a final analysis is released by PDC later this month.

A public meeting is scheduled for Dec. 19 with both Commissioner Fish and a PDC representative co-chairing a work-session with several developers, along with public and private finance partners and advocates to review the up and coming set aside annual report and to brainstorm strategies to assure that the goals that lead to the establishment of the set-aside are met.

According to Chief of Staff Sam Chase, “The key will be to bring the right partners together and focus on specific solutions that ensure the set aside dollars get out the door.”

END_OF_DOCUMENT_TOKEN_TO_BE_REPLACED

When is new housing not new? When it’s reprogrammed

From the Dec. 12 special affordable housing edition, “In need of a new deal.”

Portland’s efforts to build a net gain of affordable housing for its lowest income residents have failed more than the city bureau charged with creating that housing would like you to know.

In 1978, 5,183 units in Portland’s downtown core were affordable to people living at 0 to 30 percent of median family income (MFI), considered low-income. In 1984, the city’s Central City Plan mandated that at least that number would always be affordable downtown.

In an effort to get back to that number, the Portland City Council approved a No Net Loss Policy in 2001 calling for rehabilitating, preserving, and creating affordable housing in the central city through regulation and additional financial resources.

Since 1994, the non-profit Northwest Pilot Project, which serves the elderly homeless and low-income, has inventoried downtown affordable housing. The last inventory was published in 2007, and counted 3,330 affordable units in the downtown area, well below the 5,183 units the City has committed to retain. END_OF_DOCUMENT_TOKEN_TO_BE_REPLACED

To the Staff and Stakeholders of PDC and BHCD:

We are pleased to announce the formation of a new City of Portland bureau, focused on housing, that will replace the current Bureau of Housing and Community Development, and will take over its initiatives to increase affordable housing choice and end homelessness.

The new bureau will also incorporate the housing development and finance functions currently at the Portland Development Commission. We are charging this new housing bureau with the mission of meeting the housing needs of the current and future residents of our City, and we are vesting it with all of the tools, talent, and accountability to get the work done.

Mayor-Elect Adams has asked Commissioner Fish to lead this new bureau, and oversee the transition. END_OF_DOCUMENT_TOKEN_TO_BE_REPLACED

Posted in Where to buy Street Roots