Tag Archives: On the Media

Bursting the bubble: A conversation with Brooke Gladstone 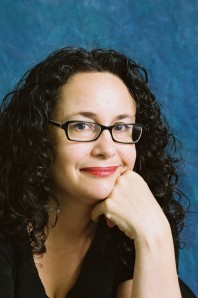 By Aaron Burkhalter, by contributing writer

In 1796, London tea broker James Tilly Matthews said that criminals operated an “air loom” that controlled people through rays that travel through the air. In 1919, Freud apostle Victor Tausk met a young woman named Natalija who said an ex-suitor was hurting her through a coffin-shaped “influencing machine.”

Today, we blame our own odd behavior on the media. Civic discourse losing its civility? Blame the talking heads on CNN and Fox News. Students gunning down their peers at high schools and college campuses? Must be video games. But Brooke Gladstone, host of the weekly NPR program “On The Media,” rejects that idea in her graphic novel “The Influencing Machine.”

As depicted by comic artist Josh Neufeld, Gladstone is shown on every page, addressing the reader face-to-cartoonish-face as she lays out her manifesto on modern media. She contends that while the media might represent a warped, funhouse mirror, it’s still a telling reflection. Just as James Tilly Matthews and Natalija blamed their erratic behavior on imaginary constructions, contemporary media consumers too quickly scapegoat media outlets when they don’t like the stories being told.

Gladstone wags a finger at media producers and consumers alike while splicing together centuries of history and commentary. Because every new development in media resembles an old development, she remains optimistic. We survived the advent of radio and television. We’ll survive the Internet. END_OF_DOCUMENT_TOKEN_TO_BE_REPLACED