When the Indigo Girls hit the music scene, a queer folk duo from Atlanta was quite the departure from the kinds of role models, female musicians had. Now known for their heart-wrenching, gritty lyrics, warm vocal harmonies and social commentary, Amy Ray and Emily Saliers complement one another like no other duo and they have made their mark on the world of social activism just as intensely as they have on the world of music.

The duo was coming of age, so to speak, in the ’80s when other female-based bands and performers such as 10,000 Maniacs, Suzanne Vega and Tracy Chapman were finding success in the mainstream media. It left an opening for the the duo to shine into the lives of a flurry of listeners who would soon become loyal fans and admirers of their music.

While they continue to produce albums and tour together, they each have created individual careers for themselves as well. Saliers is a restaurateur and author and Ray has a solo musical career that rounds out her musical experience.

Recently, Ray sat down with Street Roots to talk about road maps that have led her to where she is now, the music industry, activism, gay marriage and much more.

Sue Zalokar: You and Emily have been forging the way for not only yourselves, but also the legions of female musicians who have and will come behind you. In your experience, has the music industry evolved at all for women?

Amy Ray: Definitely. It’s not perfect, by any stretch. There are steps forward and sometimes you step back. Sometimes it feels like it’s not getting anywhere. It has evolved though, and there are more opportunities for female artists — more exposure. Part of that is the Internet. There are so many avenues that are free and are open from the normal gatekeepers. END_OF_DOCUMENT_TOKEN_TO_BE_REPLACED 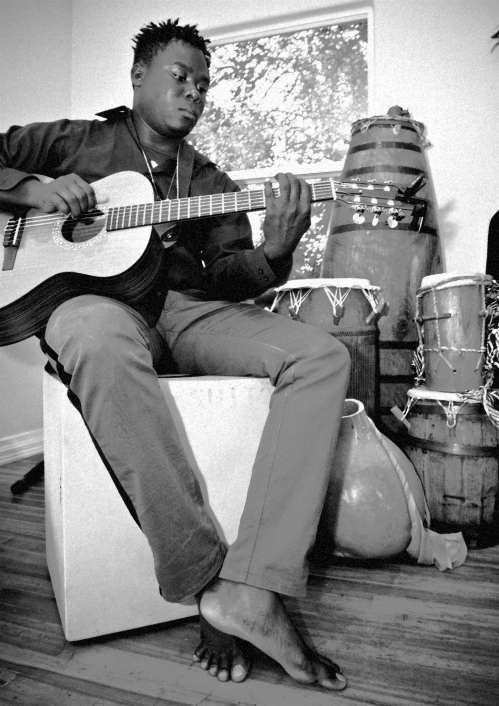 Ghana is a long way from Portland, but to local musician, Okaidja Afroso, the gap is almost imperceptible.

Afroso grew up in Kokrobite, a small fishing village west of Ghana’s capital, Accra. Though he came from a family well known for their singing, Afroso was a dancer first. He worked and traveled with the Ghana Dance Ensemble at the University of Ghana’s Institute of African Studies, touring the U.S. and Germany and teaching about Ghanaian culture.

It was after a rehearsal one day that Obo Addy, a Portland-based musician who is also from Ghana, invited Afroso to be a part of his musical group, Okropong, in Portland. Afroso was in his early 20s when he packed his bags to make the move to the United States.

Today, Afroso is a vibrant and passionate performer and educator who combines the traditional music of his roots with where he is in the present. He teaches workshops and in schools across Oregon about Ghanaian music, stories, history, geography and language, sharing his culture, in the Ghanaian way, through music and oral tradition.

In his native language Ga, Shokoto means a place of no hardship — a paradise, “a place where we would all like to be,” Afroso says, describing it as existing only in the heart.

Shokoto will perform at the Alberta Rose Theatre on Saturday, Aug. 25 for the release of his third album, “Messenger.”

Sue Zalokar: Tell us about the African diaspora and its impact on music.

Okaidja Afroso: The African diaspora brought so much music to the Americas.  One might ask how they (slaves) were able to preserve that music for the longest time. It is through their drum language. Even though they were not able to play it, they could sing it. We practice the oral tradition.  So many things that we know, many things that I know about my culture, I didn’t read in books. It was actually told to me, it was taught to me. It is my duty to teach it to someone else by speaking it to them, by singing it to them, by playing it to them.   END_OF_DOCUMENT_TOKEN_TO_BE_REPLACED

Lindsay Fuller interview: ‘Play your heart out, and hope that someone is out there listening’ 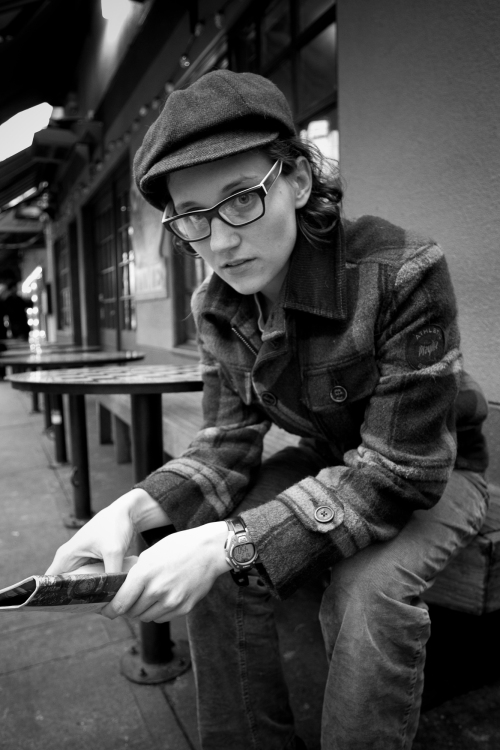 Dubbed “Flannery O’Connor with a telecaster” by the online magazine Twang Nation, Lindsay Fuller is no longer the Northwest’s little secret.

Now based in Seattle, Wash., Fuller came of age in Birmingham, Ala., and the South still resonates in her raw, warm and foreboding lyrics, aggrandized by her distinct vocal delivery and a voice that has been likened to Lucinda Williams and Nick Cave.

Fuller is coming off of a watershed year for an independent artist. She was part of the Dave Matthews Caravan this past summer, signed with a record label, and now she’s touring with Amy Ray of the Indigo Girls and Jeff Fielder, promoting the release her third album, “You, Anniversary.”  The trio will be playing a CD release show for Fuller’s album on March 27 at the Doug Fir on East Burnside in Portland. Amy Ray appears on the new album’s title track and Fuller is featured on two tracks on Ray’s eighth solo album, “Lung of Love,” which was released Feb. 28.

“It’s just been a bit of a whirlwind,” says Fuller, who took time on a visit to Portland to talk about music, death and stories of the discomforted.

Sue Zalokar: You live in Seattle now, but were born in the South — a region thick with a history of notable storytelling.  Was there someone or some experience that brought out the storyteller in you?

Lindsay Fuller: The South has a reputation for storytelling, but I’m sure there are good storytellers everywhere and I guess my family is a bunch of talkers — a bunch of loud mouths — so I just grew up hearing stories. We all have stories. That’s kind of what makes it worth being around for — hearing other people’s stories and feeling like you can connect with something. END_OF_DOCUMENT_TOKEN_TO_BE_REPLACED

Celebrate the life of Utah Phillips

Local Musicians celebrate the life, music, and stories of Bruce ‘ Utah ‘ Phillips with a benefit concert on Friday, November 14th. Music begins at 9 p.m. at the Laurelthirst Public House, 2958 NE Glisan, Portland . Donations at the door of $5 or more benefit the Portland IWW.

For more information contact Jim Cook at 503-703-1693 or radrosepro@gmail.com