The education of Marcus Camby 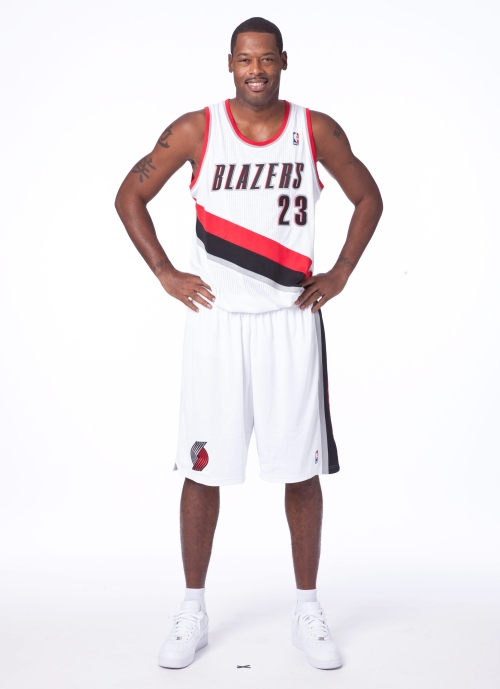 Marcus Camby plays center for the Portland Trail Blazers basketball team. A 14-year NBA veteran who has played for the Los Angeles Clippers, Denver Nuggets, New York Knicks, and Toronto Raptors, Camby is renowned for his hard work and defensive capabilities, earning the league’s defensive player of the year award in 2006-2007. Camby is also highly regarded for his work off the court. He founded the Cambyland Foundation, which focuses on educational opportunities for youth, and has been honored widely for his community service work. As the Blazers prepare for the new season, Camby sat down with Street Roots at the Blazers practice facility in Tualatin to talk about education, history, and the work he does in the community.

Jules Boykoff: You’ve done a lot of volunteer work and philanthropy around education. And your NBA.com profile says you would like to someday become an elementary school principal. How have you come to care so much about education? Have your own experiences as a student affected your views on education?

Marcus Camby: I think so. You know I was an education major at the University of Massachusetts and part of my curriculum was substitute teaching, going into elementary schools. I substitute taught in Math, English, and Science, so I always took a liking to the younger generation. The old cliché is that “the children are our future” and I’m just trying to better as many kids’ lives as possible while I’m still blessed to be able to do it. Growing up as a kid, one of my heroes was my high school principal. I liked how he was well liked by everyone in the student body. I liked how he carried himself. And I liked how he cared. So he was somebody I have tried to pattern myself after. He really got me into education.

J.B.: Speaking of schools, a recent count found that there are more than 1,000 students in Portland Public Schools who are homeless.The Trail Blazers and sports in general have been called symbols of hope for many people experiencing homelessness and poverty. Would you like to say anything directly to the homeless community in Portland? END_OF_DOCUMENT_TOKEN_TO_BE_REPLACED 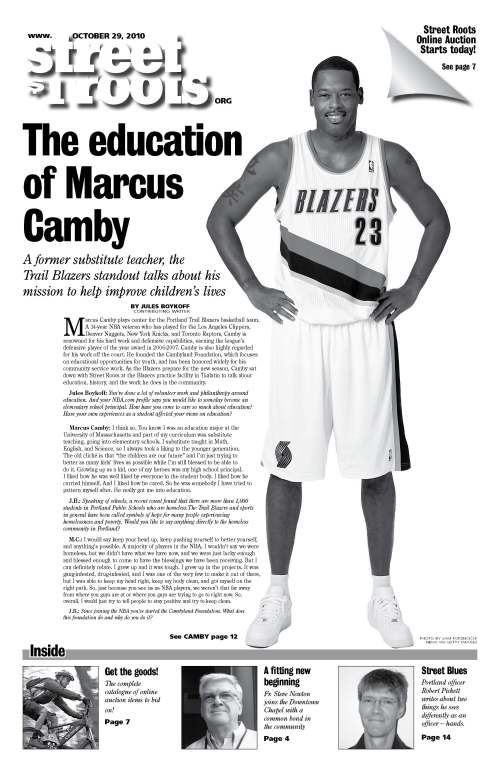 The season is on! Yeah, sure, the rain, but we’re talking about the Trail Blazers. They’re chewing up the boards again, giving us all something to cheer about. That other season is here as well, but your vendor will be keeping a Street Roots dry for you with a fresh edition ready for reading on Friday. Here’s a peak:

The education of Marcus Camby: Jules Boykoff interviews Trail Blazers’ Marcus Camby about his mission to help improve children’s lives. Camby talks about his passion for education and the inspirations in his life.

Street Blues: Officer Robert Pickett returns to write about a police officers perspective on engaging people on the street.

Street Roots Online Auction catalogue: Four and a half pages packed with the great items on the block for great prices and a great cause! It’s a handy reference for that other season that’s upon us — the holidays!

Plus, commentary by the Mental Health Association of Portland on transgender care, prison life insights from Ruth Kovacs and great poetry from our vendors and community. Don’t wait! Get your copy of Street Roots Friday!