Candidate forum on housing next week! 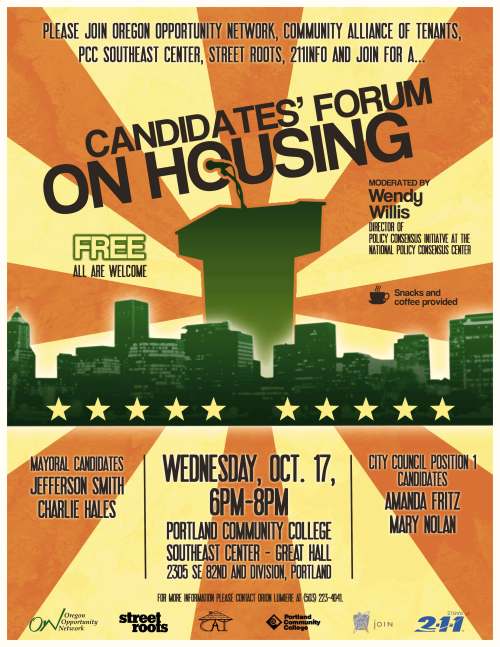 BTA: Beyond the presidential race, your vote can change Oregon

First, I’d like to pause and say goodbye to Margaux Mennesson. Margaux has served as The Bicycle Transportation Alliance’s Communications Director for the past four years. She is moving on from BTA and co-authoring the Healthy Street Beat. All of us at BTA and Street Roots wish her the best in her new adventures.

Election time is right around the corner. My parents always said voting was one of the most important things an American does for his or her country. Now we live in times of high-tech polling that only shares the current “opinion” of voters. We can read complicated statistical analyses of possible outcomes before a single vote is cast. END_OF_DOCUMENT_TOKEN_TO_BE_REPLACED 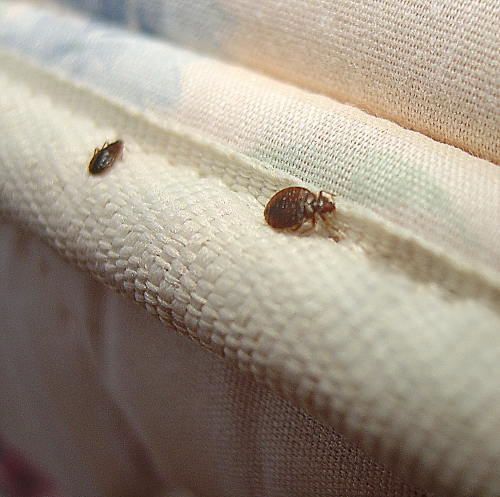 The Department of Housing and Urban Development’s new landlord guidelines for dealing with bed bug infestations have some tenant-rights advocates concerned that renters could be on the hook for costly exterminations.

The new guidelines were released in late April, replacing its prior notice that had been published in August. END_OF_DOCUMENT_TOKEN_TO_BE_REPLACED

Why housing matters in this election

There’s a lot of personality in the upcoming elections. This is Portland, after all.

And in these times, the gravity of this election is further weighted by the stagnant economy, the city’s pressing financial straits, and the many directions this city can go, possibly far afield from where it has been.

Housing, however, seldom breaks the surface on Portlanders’ voting minds, when it should. END_OF_DOCUMENT_TOKEN_TO_BE_REPLACED

Nick Fish delivers the state of housing, a Portland story 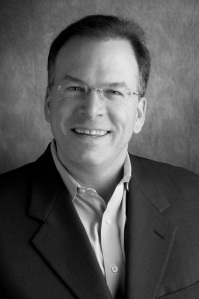 This week I presented my fourth housing budget to the City Council. It is a good time to reflect on the progress we have made together, the challenges we face, and the opportunities that lie ahead.

I ran for City Council on a platform of changing the way we deliver affordable housing to struggling families, the homeless, and the disabled. I pledged to work with government, nonprofit, business, and faith community partners to build a new house, not just renovate the old one.

In 2010, Mayor Adams and I delivered on that promise by officially launching a new bureau — the Portland Housing Bureau. We combined all the city’s housing programs and funding sources under one roof. Why? Because the old house was divided, and we needed a new, sharper focus on the needs of the growing number of people who cannot afford to live in Portland. END_OF_DOCUMENT_TOKEN_TO_BE_REPLACED 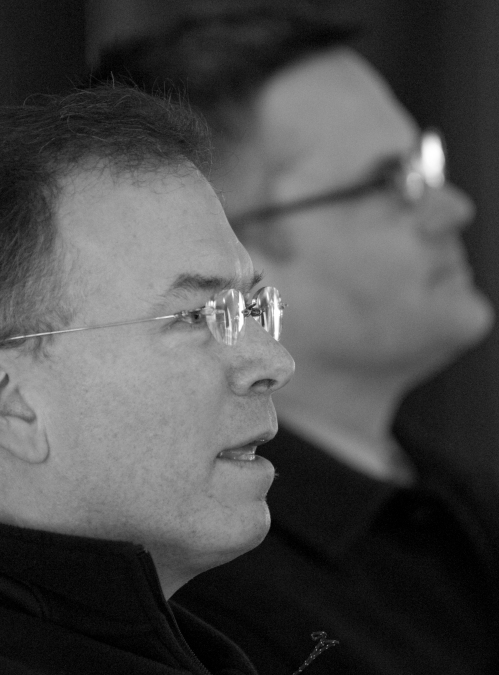 “It’s a rising tide of need with declining resources. That’s it in a nutshell,” says Fish, who oversees the Portland Housing Bureau. “We’ve got more adults and families facing homelessness, more families being priced out of the housing market. We’ve got historic vacancy rates. Unemployment is still very high. We’re now catching the foreclosure fever. We’re still in a deep recession, and we have fewer resources to meet the need. It’s a perfect storm.”

This from a self-proclaimed glass-half-full kind of guy.

That internal optimism will be needed as the city slogs forward in its 2012-13 budget “cutting” process, with all bureaus asked by Mayor Sam Adams to submit reduction proposals of 4, 6 and 8 percent. In addition to the bureau packages, the mayor has to decide how the shrunken pool of one-time money — funding allocated in each cycle by the mayor — is divvied up. Last year, that was a pool of about $23 million. This year it’s projected at about $11 million.

Of that, Fish’s Portland Housing Bureau is asking for nearly $4.8 million to pay for the city’s social safety net: short-term rent assistance, shelter and emergency services, housing access and homeownership programs, and the Bud Clark Commons. It’s not new money, but it is subject to the mayor and council’s approval, each with their own bureau budgets in play. The police bureau alone is asking for $5.4 million in one-time funding. The mayor is expected to come out with his budget in early May. END_OF_DOCUMENT_TOKEN_TO_BE_REPLACED

A patient’s housing and sociological condition can have a direct effect on his or her health care, but a bill in Salem to incorporate those providers into the new health care reform failed to make the books.

As a result, the legislature has left unanswered a critical question in the state’s new health care structure: Will health providers serving Oregon Health Plan patients work with social-service providers to address a patient’s sociological and psychological barriers to health care.

Senate Bill 1522 would have required coordinated care organizations, which are currently developing to provide care to Oregon Health Plan patients by July, to incorporate and pay for addressing a patient’s sociological and psychological barriers to getting quality health care and becoming healthy.

Coordinated care organizations (CCOs) are the backbone of the reforms the Legislature has made to the Oregon Health Plan’s delivery system (see, “Just What the Legislature Ordered,” Street Roots, Oct. 14). CCOs are foreseen as locally driven organizations made up of patient teams — including doctors, nurses, behavioral health providers, community health workers, etc.

END_OF_DOCUMENT_TOKEN_TO_BE_REPLACED

The Housing Authority of Portland’s board of commissioners voted unanimously on Tuesday, March 15 to pursue an application to the federal Department of Housing and Urban Development (HUD) to change the funding stream for 1,200 units of subsidized, public housing for low-income people.

The Housing Authority of Portland (HAP) owns and operates 1,200 public housing units in 10 high rise buildings. Public housing is limited to people and families on extremely low-incomes, the elderly and disabled. Residents pay no more than 30 percent of their incomes in rent; the rest of the rent is subsidized by HAP and funding from HUD. END_OF_DOCUMENT_TOKEN_TO_BE_REPLACED

On April 14, City Commissioner Nick Fish and the Parks Bureau’s director, Zari Santner, announced that a $200 million bond measure for capital improvements to Portland’s parks would not be put on the November ballot for voter approval.

The recession, in a memo to Parks Bureau staff, was cited as the reason. “The economic climate makes it too difficult to successfully move forward with a bond measure at this time,” the memo said. END_OF_DOCUMENT_TOKEN_TO_BE_REPLACED