From 211info: If you sit in the 211info call center it won’t be long before you hear from someone that needs help paying their utility bill. Some people call before their shut off notices pile up. But many are calling as a last ditch effort. These days, energy assistance funds disappear as soon as word drops that local nonprofits have money to distribute.

A porous safety net is leaving too many people behind. And as the months turn freezing cold, candle light isn’t enough for struggling families. One such 211 caller represents thousands of local residents who will have their power shut off this winter with nowhere to go. Names and certain indentifying information have been removed to protect the privacy of the caller.

Caller: “My power was shut off yesterday. I called you this morning. You said there were three agencies that had funding for energy assistance, but when I called them they were already out of money. What should I do now? It’s really cold.” END_OF_DOCUMENT_TOKEN_TO_BE_REPLACED 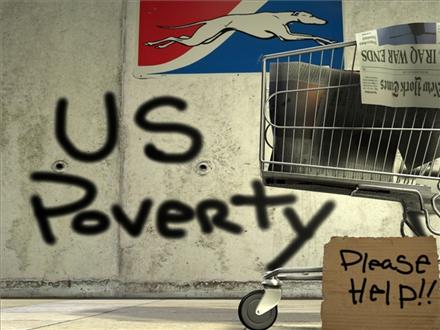 Census figures released Tuesday put on paper what many of us have known for a long time. Times are tough, getting tougher.

According to the U.S. Census Bureau’s figures, the nation’s official poverty rate in 2010 increased from 14.3 percent in 2009 to 15.1 percent — the third consecutive annual increase in the poverty rate and the highest since 1993. The Bureau estimates that more than 2.5 million entered poverty in 2010, totaling more than 46 million Americans. It is the fourth consecutive increase in that figure, and the highest number since poverty estimates have been published.

Oregon’s poverty rate is at 14.1 percent, essentially unchanged from 2009.

“The increase in poverty obviously means that there is a greater need for a social safety net,” said Chuck Sheketoff, executive director of the Oregon Center for Public Policy. “We think today’s news about the increase in the poverty rate means that both Congress and the state need to start creating a good, robust jobs program and raising the necessarily revenues to fund the public services to lift people out of poverty.”

Sheketoff said the figures were not surprising, given the severity of the recession and the anemic recovery.

“Oregon has never done a good job at reducing the poverty rate,” Sheketoff said. “And unfortunately we have no one in state government who is responsible for that.”

In 2009, the Oregon State Legislature did raise taxes to cover the budget shortfall for basic services. The 2011 legislature did not, a move Sheketoff calls ill-advised. Among the reductions this year were cuts to the employment and skills training programs and child care services for low-income parents seeking employment.

The numbers may be the highest since 1993, but the conditions are different, Sheketoff said.

“Our safety net for poor families with children was better in the early 1990s,” he said. “We had a more robust program for families with dependent children, a more robust jobs programs and skills program. We are serving a smaller percentage of the poor than we used to and we’re giving them less. The legislature wrongly scaled back the basic job opportunity and skills program. We’ve let inflation erode access and made cutbacks.” END_OF_DOCUMENT_TOKEN_TO_BE_REPLACED