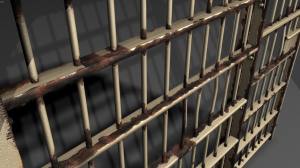 I think a closer and more personal look at individual cases as examples would help us refocus our efforts on what works and improve results while saving money. The current approach is failing all of the people involved, from victims of real crime to people lost in their mental disorder and disease.

This is not to say that there are not many hardworking, compassionate and smart people working in the various treatment agencies and government offices. It’s just that they don’t get the seemingly limitless budgets and lack of financial accountability given to the police, the district attorney and the jails and prisons or the forensic wards of the state hospital. Spend a few more pennies on the front line workers, counselors, doctors and nurses and you can save many pounds on the criminal justice end.

Imagine a person with schizophrenia. Unfortunately, it’s not hard to do. Around the world anywhere from 0.5 percent to 1 percent of the population suffers from this condition. This mental disorder often shows up as long-term disorganized speech, delusional thinking and bizarre beliefs. People suffering from schizophrenia often have severe barriers to social interaction and functioning in day-to-day life.

Take this example of a young man who is dealing with the onset of schizophrenia and follow it down the ‘system’ and see how he can get the help he needs. Imagine that he has a family active in his life that wants to support him and seek help for him. A number of barriers exist. If they walk into the county or city office here in Portland, there is no direct help available. If the family is lucky, it may be referred to some programs that deal with mental health crisis; but these are not necessarily easy to access, immediately available, and too many are not on a walk-in basis. Simply put, people sliding into or dealing with mental health crisis cannot find or access services.

Time after time I hear about families that want to help, but the person who needs the help is not sick enough for a civil commitment (forced hospitalization for those who present an immediate danger to themselves or others, or who are unable to care for their own basic needs to the point of imminent death), but neither are they well enough to function in the community independently. The saddest cases are where the illness is apparent to all who encounter the person, but, as is the case in many situations, part of the illness is the person’s lack of awareness of the fact that they are sick. In the worst cases the family or treatment agency’s support is incorporated into the delusional beliefs of the person, and they perceive their family, friends and advocates as acting against their interests. People dealing with a mental health crisis are not able to advocate for themselves.

These people and families will not get the treatment or attention they need to manage a severe illness. The city, county and state are dealing with budget and resource shortfalls. In many cases there is not a place to refer people in this situation. Yet the resources become basically unlimited once you involve the criminal justice system.

Stop and consider the same young man when his life intersects with the criminal justice system. Imagine he is in a coffee shop downtown. He isn’t on his medication because he can’t afford it or hasn’t been able to access care. Maybe he didn’t make it into the lottery for the Oregon Health Plan, or maybe he was one of the lottery applicants that was not chosen. He is having what the rest of the world would describe as unusual thoughts and is acting strangely.

Imagine he knocks over another patron’s coffee cup or two and commits what the criminal laws in Oregon call disorderly conduct, or he harasses the manager by shoving her away when she steps in to deal with the outburst. The police are called. Maybe the man insults the officers, fitting them into his current paranoid beliefs or struggles when the officers take him into custody. Suddenly the resources are forthcoming, and the “system” starts spending money like it never has before in this young man’s case!

The money flows. First the police: tired after getting their long hours on a three-day weekend, perhaps they can’t spend the rest of their shift getting this man checked into the hospital so they take him to the jail. The Sheriff has a bed for the man in one of the most expensive jails in the nation. At a cost to you, the jail medical staff will of course want to check on him and see if medication is appropriate in his case and then they will begin attempting to treat him.

Meanwhile the DA reads the police reports and decides to charge him with a misdemeanor charge of harassment and resisting arrest. After the court staff spends some money arraigning him, the judge makes sure that the man gets a public defender such as myself and the case gets up to speed. A review of the police report and a brief interview with the new client will reveal that the person suffers from a mental health disorder. The lawyer isn’t a doctor, so he asks the Public Defense Services Commission for money to hire an expert. $1,500 to $2,500 and a few weeks later, a psychologist generates a report for the lawyer. The conclusion in many cases in this posture is that the defendant cannot aid and assist in his own defense. If the psychosis is severe or the defendant is uncooperative, the judge may then send the person to the Oregon State Hospital, where you, the taxpayer, will pay thousands of dollars a month to house and treat the person until they are fit enough to proceed. The total bill runs into the tens of thousands of dollars and, of course, the case hasn’t even been resolved yet.

If the man regains the capacity to proceed to trial it’s possible that there will still be a trial. The defense attorney will need another $1,000 to bring in the expert to talk about mental health and the defendant’s illness. Maybe the state will need to hire its own expert. The officers, if called to court on their day off, are earning time and a half pay and will spend more than half the day sitting in the hallway of the courthouse awaiting their time to testify. And of course the jurors, the court staff, the deputies guarding the man in the courtroom all have other things they could be doing, along with the variety of direct and indirect costs for them to be there.

The verdict doesn’t even matter. A guilty finding will result in probation and more costs to you, while the punishment will never “fix” the defendant’s underlying medical issue and bizarre thought process. He will not necessarily learn, or reform or be less likely to engage in the same conduct because of the court process and punishment. Medication and a new stability may help, but changes in his behavior will not occur because of the criminal conviction.

Imagine an elementary school in which a child sick and feverish with the flu who vomited in the hallway was sent to detention for making a mess. That’s what you have in many cases. Probation, jail, prison, picking up trash in the park or an occasional check-in with a probation officer with hundreds of other supervisees is not going to help a mentally ill person. It is not going to reform them. It is not going to reveal the error of their ways and it certainly isn’t going to prevent the next unfortunate encounter or incident that draws the attention of the authorities.

There are alternatives. The first alternative starts before the incident. Had the man had easy access to and been taking medication before the event (even at hundred of dollars a month), the city, county and state would have saved tens of thousands of dollars. A second alternative is for the district attorney to treat the matter as a mental health case from the beginning and instead explore civil commitment or to consider simply not charging the case. (It is important to note that the cost of the public defender, the police court time, the experts, the hospitals, the doctors and the jail does not come from the DA’s budget.)

A third option and almost free solution might be to simply to keep an accounting of the real cost of the decisions made in the criminal justice system. Surely in the imaginary example above someone — a judge, the DA, a newspaper reporter, a cyncial public defender — would notice if every time money was spent on a case the big number on the front of the court file went up by thousands of dollars. As it stands now, your money is being spent by one agency or branch of government because of decisions made by another branch or agency. They are spending other agencies’ money, but ultimately it all comes from the same taxpayer’s funds. A public accounting of the penny wise, pound foolish and buck passing would force reform.