Writing at SR launched a journey from the streets to opportunity 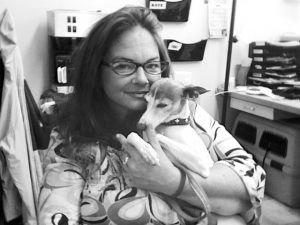 I gotta say that writing for Street Roots has been one of the more rewarding experiences of my life. They really do give the voiceless a voice, and they let me take you with me every step of the way of this journey:  From getting to the streets, to learning how to live on them, to enduring them. From learning to laugh again and change that perspective, to getting off of the streets and into activism. So in essence, you and I got to go through this together, which is much less lonely, don’t you think? They have been supportive the whole way, and have become people I consider friends, which I do not say lightly.

It happened by accident along the way. It all started with an article, which became a column, which in my case set my life in motion in a phenomenally constructive way.

It led me to activism, which has become my passion. It taught me how to find my voice, and far more importantly, it taught me how to listen and learn. It taught me that everyone in every walk of life has something of value to say and can make a difference. That’s a great deal to accomplish and they do this every day with tons of people. That is what happens when you give the voiceless a voice, or when you offer someone the dignity of self support through selling the newspaper.

For myself that first article changed my life and its direction entirely. You see, it led to a column which led to forming an activist group, which participated with Street Roots and Sisters of the Road in the WRAP protest in San Fransisco. It’s led to getting a radio show started (Right 2 Survive radio-KBOO, 6-7 p.m. every second Wednesday).

Along the way there was a book written and opportunities that I wouldn’t have had otherwise, such as being allowed to participate in the Empowered Media Video Project at Sisters, where we learned how to make documentaries which can lead to social change.

Sound frantic? It is. However, it is a good frantic. It’s a case of currently having so many opportunities knocking at my door that I cannot do them all — so I am moving on — I have to give Joanne and Israel their props (no, they don’t do the things they do for props, but they sure as shit have them coming) my life is a better place to be because they were in it. It is skyrocketing right now with opportunity, and if they hadn’t taken a chance none of this would have happened, you know?

I want someone else to get that same chance. I want someone else to get to feel like I do right this second — empowered and strengthened and validated, and Street Roots did all that. I am completely comforted with the thought that their lives will be as affected by the experience as my own has been. It’s amazing the things that can happen due to just one interaction, isn’t it? And that is what this started out as.

I am excited and on fire, because I get to do what I love. How many people get to say this? Ever? Was it hard? Hell, yes, but I can honestly say that for myself  it has been worth it — another thing a whole lot of people don’t get to say at the end of the day. So I am blessed indeed. Thank you for accompanying me on this journey, and of course, until we next speak, brightest blessings to yourself and your own.

Until recently Julie McCurdy lived in Portland without a home. She is now housed, but stays involved as an advocate for the homeless. She is a regular contributor to Street Roots.