Commentary: The bad habits have to go 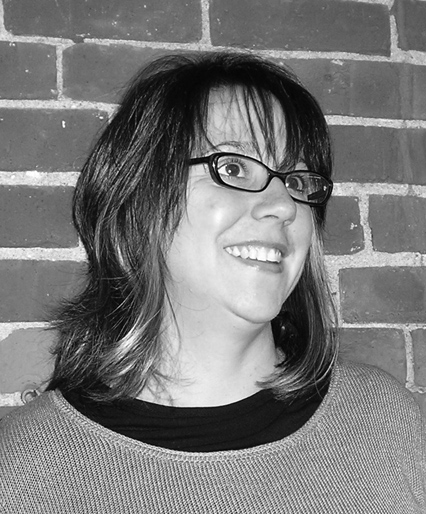 I’ve spent a lot of time looking at spreadsheets lately. These spreadsheets attempt to quantify programmatic need and calculate the resources necessary to develop permanent supportive housing. Many communities, from Los Angeles to Omaha have found this to be a valuable tool.  It provides a roadmap to determine an approach to creating supportive and affordable housing initiatives from a policy and funder perspective. I like working on them, because they are puzzles. We can deal with over a half dozen data sources in some cases, and we usually have to consider more than 20 complicated federal, state and local funding resources.

As I work on one particular worksheet, I have to do what we call “making assumptions.”  Because we don’t always have clear data, sometimes we need to modify a number or percentage in order to account for differences in data sources, and then we need to justify it.  Here’s an example I just typed to explain a percentage in one spreadsheet, “includes med-high acuity adult (adjusted for long-term homelessness).”

After the tragedy of Jack “Jackie” Collins, a homeless man who died at Hoyt Arboretum here in Portland, I’m reminded of the vast inequities that people of little or no means and who suffer from untreated mental illness or addictions face. I’m not going to discuss the Portland Police Bureau’s response to the situation. There is enough out there about that. Plus, while difficult in some ways, it’s easy, because it’s a narrow point of view. What is more difficult is creating solutions for people like Mr. Collins. people who may be a “high-med acuity adult (adjusted for long-term homelessness).”

While a lot remains to be known about Mr. Collins as a person, it’s probably safe to assume that he was not healthy, definitely homeless, and may have spent some time in and out of jail and hospitals.

Here is something we do know.  People who do not have access to care and do not have a stable place to live are not only extremely vulnerable; they are a drain on public resources.

•            In New York, 11 percent of people returning from state prisons to New York City become homeless within the first few months after leaving prison; of this group, about a third return to prison within two years. The risk of return to prison is significantly higher for those who are homeless and mentally ill.

•            A study of chronically homeless inebriates by the University of California, San Diego Medical Center found that 15 individuals averaged $100,000 each in medical charges

And, this is important, these folks experience no long-term benefit for these expensive services or jail time. These cost studies, along with cost analyses of the impact of the intervention of housing and services for individuals who fit this profile, have helped to make the case for creating supportive housing for several years now.

Here’s something I know. Better, here’s someone I know. When I first met Patty Katz, she was fresh out of jail and her story of heroin addiction was tragic. She cycled in and out of jail, went to treatment several times, got out to the streets without supportive housing and went back to her addiction. She often received her health care from emergency rooms, and she did not have a safe place to live for six years.

Once she became clean, it did not mean that her struggles were over. She faced tremendous obstacles taking care of chronic health conditions resulting from years of use; she also had to overcome the barriers of past criminal issues. She had to figure out her housing, look for a job, reconnect with family and find new friends that would help her be healthy. On top of all this, Patty became one of the best leader/organizers in the Recovery Association Project’s history.  Because of her work and others, more resources came to help others not die from heroin overdose in the early to mid-2000’s. She didn’t do all this on her own. She had help from the YW Housing (Now Second Step Housing) in Vancouver, and touts the value of their housing and services all the time. “Making the decision to quit using was easier said than done,” Patty said, “My success came from a safe place to live, in a community of people who wanted to improve their lives, case management, access to healthcare and treatment, coupled with my recovery program.”

I don’t know how she did all of it, and if you are interested, you should ask her, if you can catch her. Ten years later, Patty is more committed than ever to organizing. Now she’s focused on criminal justice reform – she even gets paid to do it.  She’s maintained a healthy lifestyle and is stably housed. If that’s not enough, Patty and others have just started a 501(c)3, Hands Across the Bridge Project, to continue the efforts of organizing in the recovering community. They hold their signature event (hundreds of recovering people joining hands across the Columbia bridge) every Labor Day to honor and celebrate recovery from a seemingly hopeless state of mind and body. She’s no longer a “high-med acuity adult (adjusted for long-term homelessness).” I tell her story because she’s amazing, and I also think many people believe that once someone becomes as bad off as Mr. Collins, he or she is a lost cause. It’s just not true.

Not only is Patty better, the world is a better place because she didn’t die. I believe that Mr. Collins shouldn’t have died. Not because of the actions of one officer who was in a situation that I wouldn’t wish on anyone, but because Mr. Collins is part of a growing social class that does not have the same access to services and housing that most of us have. That is what really needs to change.

Despite the overwhelming evidence of knowing what works to increase equity and save people’s lives, we often look past this or figure out how to justify what we already do as the response. Truth be told, we could all do more to promote what works. However, we are creatures of habit, and habits are very difficult to break – old behaviors are very difficult to change. Nevertheless, it is possible, just ask Patty.

Heather Lyons lives in Portland, Oregon, and works the Corporation for Supportive Housing’s National Consulting and Training Team to promote systems and policy change to create supportive housing to end homelessness.  Prior to this position, Ms. Lyons led the City of Portland’s efforts to end homelessness, with numerous partners, under the policy framework of Home Again: A 10 Year Plan to End Homelessness.

6 responses to “Commentary: The bad habits have to go”